Not your father's ice show ... 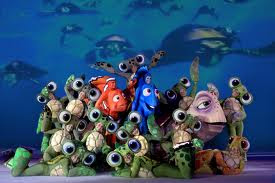 See any blades in that photo? How about this one? 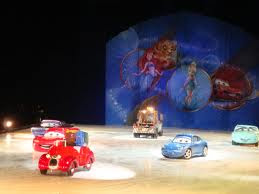 Disney On Ice produces some of the best props and costuming of any ice show out there, but I was more struck by the negative changes of the show that I saw yesterday in Panama. At least negative in this show girl's mind ...

1. Security - there is no more back stage access (or at least, that's what I was told). I understand that we're living in a different time than the innocent 80s, but most of the people that want to go backstage are not a danger to the skaters.

2. No more comps - okay, the show has to make money, but being able to get friends and family into ice shows for free was one of the best benefits of skating in a show.

But I don't want to end this post on a negative note, my six-year old daughter loved the show and I got to catch up with my first line captain - she's now the performance director - who I hadn't seen since 1984. Once again, all because of Facebook!
Posted by Ice Charades at 10:00 AM