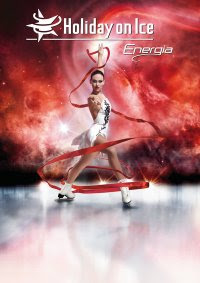 Hey, I want your stories too! But this message went out from the Holiday On Ice group in Facebook. It's only open to the skaters, so if you skated with HOI and haven't joined Facebook yet, what are yo waiting for? Kathy Hayim-Gringas is the admin for the group and she sent out this plea.

Most of you do not know me, we have never met. however, we all share a common experience, skating in Holiday on Ice. some skated for mere months, some for most of their young adult life, some started as youngsters and are still with the show, and some are just getting started.

There have been many photos that we have shared with each other... and now we need to share some stories. Each of us have stories of our time with HOI... some stories are funny, some are sad, some of hardships, of friendships, and lost loves.....

I am compiling a collection, in colaboration with James Clarke and Roland and we need your stories.

Can you please email me privately at
kathy.gingras@sympatico.ca (Subject - HOI STORY)
with whatever you would like to share. I had this feature on my website a long time ago, and it is time again!

Our history of the show is really all that is left of our time with HOI... what it was like to skate with Holiday on Ice... everyone has a story.

If you are not too sure what to write, then send me an email and I will give you some ideas.

I still want your stories too - so get writing. Let's get it on the record!
Posted by Ice Charades at 10:33 PM No comments:

I think skaters have a lot to be thankful for. Gliding on the ice is one of the best feelings in the world!

I remember celebrating Thanksgiving in '83 in Holiday On Ice - where the cast was only 20% Americans - with the two gentlemen that ran the coffee stand. I was brand new, but since I was American, they asked me to join them and I was honored. We didn't have a turkey or cranberries, but a wonderful chicken and potato stew. We ate in the principle's dressing room which was private, but small with one long table and a mirrored wall up against it. To talk to each other we had to look at each others reflections, which was strange, but, hey, that's showbiz.

So where ever you are, however you want to celebrate, be thankful!
Posted by Ice Charades at 10:43 PM No comments: 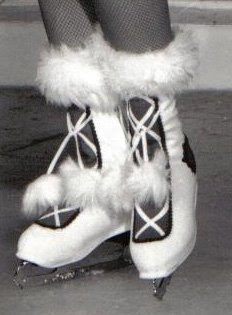 ... and I got a lot of them, especially in the "Kiddy" Number where I was an Eskimo or penguin. Probably averaged one a week in HOI.

Here's how they often went ... I'd be chatting away in the dressing room, getting ready for the next number, thinking about where to go out for dinner that night, made my way backstage with about a minute to spare before the Eskimo music started and then ...

Panick time! Time for some quick math. With less than sixty seconds of music to go, did I have time to make a mad dash to the dressing room, grab the bootcovers, run back, put them on and zip them up in time for my entrance? Missing part of the number was a $8 fine back then. Or should I have cut my losses, not risking injuring myself or bringing an innocent skater down during my 100 meter dash and suck up the $4 fine for missing part of a costume?

I can't remember how many times I played it safe - probably 50% of the time. At least I know I never plowed into anyone while racing back to the dressing room.

At least not in that show!
Posted by Ice Charades at 10:20 PM No comments:

As I was watching the Redskins yesterday, I heard that the safety, LaRon Landry, recently racked up $24, 264 in fines. Ouch - one fine was an entire game's pay. But then, the Eagle's defensive tackle LaJuan Ramsey did better at $26, 176. In fact, if you google 'NFL fines', you'll find there have been a lot of them dished out this season.

Maybe a quarter of a million dollars already.

That's a lot of money, but those guys make a lot of money too. I can't begin to imagine if LaRon and LaJuan (let's hope they never form a band) are so into the game that they forget about the money they'll be charged with just one nasty late hit. I bet their wives won't let them forget next time.

But it reminded me of the fine system we had in Holiday On Ice. Capades and Disney had them too. If anyone out there can tell me if the system has changed, please comment. To the best of my recollection, here's a patial list (origially in 1983 prices and a weekly pay check of about $250, I've adjusted for inflation at today's prices with a $550 - 600 paycheck.)

The only good thing about the fines, in my opinion, was the money went to finance the Opening and Closing Night parties for the whole cast. I wonder if it's the same for the NFL players ... doubt it. That would be one hell of a party. Still where does that $250,000+ go?
Posted by Ice Charades at 11:13 AM No comments:

Back to the Ice Capades Rumor Mill

A friend tells me the tv show is suspended at the moment. Lake Placid Skater have you heard anything? Then this new scheduling from the other Ice Capades site, you know the one with those ungodly tall girls!

Hmmm, what's going on. My money's on a lawsuit. We'll see.
Posted by Ice Charades at 6:37 PM No comments: 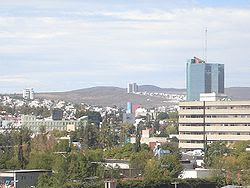 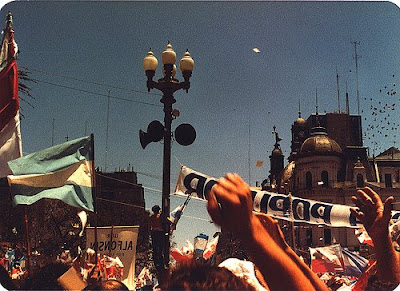 One thing I remember very well about a fellow skater back in 1983, was that she had to take a day off without pay and take an all-night train to get to a consulate to vote. Her name was Nuria and she was from Argentina. She had to vote.

Here's some background on Argentina in the early 80s (that I looked up) to put her vote in perspective. It was the first democratic vote in ten years. Argentina was coming off of years of it's Dirty War, which was the "forced disappearances" of up to 30,000 people.

On a personal note, I remember that in 1982, in Argentina it was illegal to play the "Evita" soundtrack and a fellow cast member from HOI, spent a year in jail for drugs after the police (on a tip from who knows) knocked on the skaters' doors.

Back to my main point, I recently found out that Nuria had passed away. She was a wonderful person and I hope her story is an inspiration for today's election in the U.S. She didn't complain - she just did her duty, and it told me how important it is to vote.

My last side note: when I originally drafted this post, I had no idea how long the lines would be in many polling stations across the U.S. I find it simply amazing that Americans are waiting up to eight hours to vote! Wow!
Posted by Ice Charades at 11:12 AM No comments: