Something Funny In The Judging

I originally posted this in May, but it felt right to bring it up again.

Yes, the Sochi Olympics don't start for 262 days are here!. I thought this was funny enough to mention now then. And I don't mean funny - haha, I mean funny - hmmmm. 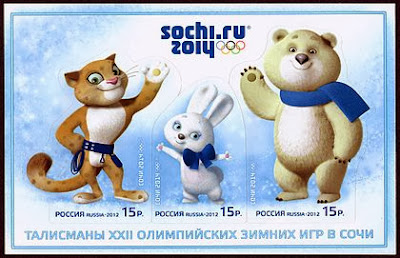 When I was looking up the names of the adorable (freaky-evil if you ask me) mascots for the Sochi Olympics, I learned on Wikipedia that these furry little critters don't have names AND they were surrounded in a controversy of suspicious judging.


Wait a minute, Ice Charades, are you suggesting that there was something funny in the judging? In the Olympics? 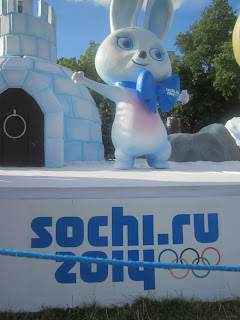 You can read the wikipedia entry for the Sochi Olympic Mascots here. Then scroll down to the Controversy section to read this:

Despite the success of the mascot selection process, some accusations have been brought against the mascots. The possibility of telephone vote rigging was brought up when the mascot that Prime Minister Vladimir Putin had said was his favorite, the snow leopard, polled the most votes in the voting process after a sharp climb in the number of votes.

... a sharp climb in the number of votes.

Well, let's just be glad that they haven't opened up the figure skating competition in Sochi to telephone voting.

... it was all Evan and Evgani, but to me, it was Johnny Weir who stole the show. Others thought so too. Remember the Facebook page - Johnny Weir was ROBBED! -? 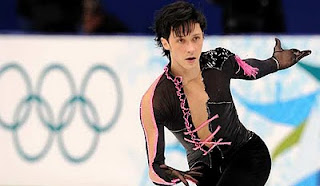 Last night, for me it was Jeremy Abbott who made the night. Other skaters were fabulous, to be sure, but he showed us "the show must go on." If you haven't already, please go to Skate Guard for a recap of last night. 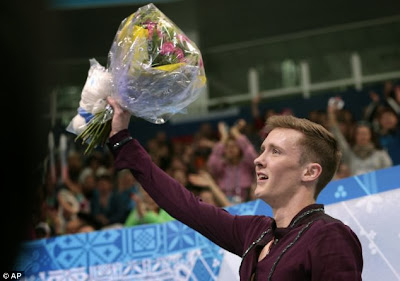 Here's to an exciting night of the Men's Free. Here's the lineup.

Posted by Ice Charades at 5:27 AM No comments:

Olympic Question of the Day 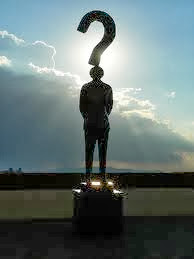 There was a radio station in Washington DC that I would listen to and one day the DJ asked if you were forced to do one thing which would it be?

Giant Slalom down the mountain

Luge or Skeleton by yourself

Now I'm tweaking it and asking if you could master one skating move what would it be?

the most amazing scratch spin ever

double back flip on ice

So you tell me!