This seemed like the best time to slip in a few comments about the Oscars, some rants about figure skating, and a couple of quirky bits to boot. 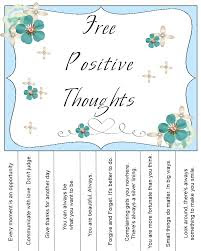 Well, my random thoughts are exactly positive, but it's almost the weekend, so why not?  Here we go ...

1.     Why aren't actors who do Improv in movies (making up their lines as they go) get nominated for the Oscars?  Roles like Borat or any of the cast in Best of Show need to act AND react with their peers.  That seems much harder than just reciting your lines.

2.   If you watch footage of figure skating competitions from the 70s and 80s, the competitors skated straight to their opening pose when their name was called.  How is it that now skaters get to do laps, do jumps, stretch, even grab a cup of coffee on the way out on the ice?

3.   I've discovered scrunchies are like pajamas for your hair.

4.   Movies about skating ... are we done with the spotlights during competitions?

5.   I've said this before and I'll say it again, judge the judges.  Set a mandate that the international figure skating judges only keep their spots if their marks come closest to the actual results.  Any outliers and you're out.  Watch how fast the national bias disappears.  I bet the judges prefer the boondoggle of first class flights, cocktail parties to mingle with A-list skaters, and any other swag that comes their way.

6.   I need some kind of tranquilizer gun for domestic house cats.  And maybe for chickens.  I'm so tired of chasing them around before heading to the vet.

7.   I think the Oscars should take a page from the Grammys and include a Best Comedy in Film, Best Thriller, Best Childrens Movie, etc etc.  Hell, if the Grammys can have an award for Best Polka Album or Best Surround Sound Album, why not Best Chickflick? 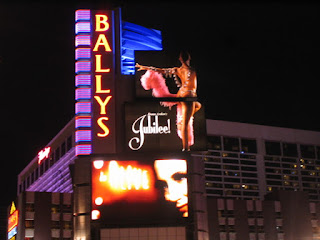 It's sad that one of the last, old-fashioned, old school, good old showgirl extravaganza Jubilee! closed two weeks ago on the Vegas Strip after 34 years.  (See how I used 'old' three times in that sentence?) 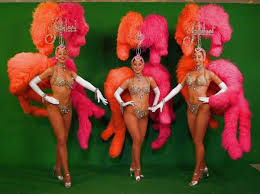 It was the longest running show on the strip, opening in 1981, and closing February 11, 2016.  Here's some showbiz math for you, courtesy of the Las Vegas Sun's excellent article by Robin Leach - yes, that Robin Leach - Jubilee!'s fate.


When the show opened in July 1981, the average cost of one finale costume was $7,000 — or $21,000 now with inflation. More than 1,000 of them are worn during the show, many designed by Bob Mackie and Pete Menefee. The opening number cost $3 million to stage. There are 8,000 miles of sequins used on the costumes, enough to reach from the Strip to Place Pigalle and Montmartre in Paris where topless spectaculars premiered.
If all the jewelry worn by the gorgeous dancers was weighed, it would total 10,000 pounds. More than 1,000 dancers have worked in the show during its 34-year run. The showgirls in the stunning “Grand Jewel Box” show-stopping have to be able to wear the trademark feathered headdress, which weighs as much as 22 pounds.


A.  That's a lot of money for costumes and you haven't yet factored in paying the cast and crew.  B.  22 pounds on your head, blowing in the breeze, gives you one monster migraine ...

Yeah, excuse me Ice Charades, but what does this have to do with skating?

I'm so glad you asked.  What all the articles about Jubilee!'s closing hints at is this form of entertainment may be dead.  If not dead, surely on it's last, very long fishnetted legs.  AND the same may be said for Holiday On Ice.  Unlike Disney On Ice or the rivals to Disney, such as Ice Age on Ice, these shows are aimed at kids and will still have a paying audience (of the parents) willing to go to the shows because little Debby or Johnny want to see Anna and Olaf, the snowman.

But ice shows following the traditional path don't seem to have the same enthusiastic crowd.  HOI has further troubles with it's owner, Stage Entertainment.  Their main bread and butter is Broadway musicals, such as Der König der Löwen (The Lion King) and Starlight Express, are in deep financial trouble.  I also heard threw the grapevine in Hamburg that the dance school there, which trains and produces dancers for the shows, is closing.  Tough times indeed.

As I said in an earlier post, there are many reasons, the main one being are avenues of entertainment have never been more broad (I'm looking at you YouTube and I'm as guilty as anyone else) so these shows have to adapt or die.  Sorry Jubilee!.    But John Katsilometes of the Las Vegas Sun has a different take.  He thinks Jubilee! closed because the showgirl's allure is dying.  That could be.  Certainly Cirque du Soleil is doing extremely well on The Strip.  They have adapted from straight out circus fare to fairy tale extravaganzas to pop/rock tributes with flashy acrobats in amazing sets.  So far they seem to know what will please the crowd.

From the article by John Katsilometes:


Though the cast was not told of any plans for Jubilee Theater after Feb. 11, there is word out of Caesars Entertainment that a new show is already in development.


Let's hope that show will have a new kind of showgirl, back from the brink of extinction, and ready to live a long time!  As for Holiday On Ice?  I suggest they take a good look at the new show to replace Jubilee. 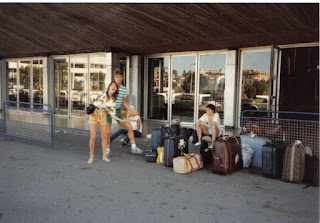 
I came across this post from June 2014 on Community on Buzzfeed that someone had shared in the HOI group on Facebook.

It was written by Gabrielle Mirabella, who apparently toured with Mama Mia in 2014.  I'm glad she used the word "performers" in her title, so this skater can glom on to her hard work of making lists.  I bet any of you lucky enough to go "on tour" would agree her list.

It's listed below in blue (minus pictures) and here is the original article on Buzzfeed.  I've added my own comments underneath in red italics.  My experiences go back 20 - 30 years ago, primarily touring Europe, but I'm throwing in a park or dinner show in the US and Japan too.


1. Hotel rooms with kitchens  - we found one by surprise in our hotel in Zürich and were stoked!  We immediately made a list of all the "dinners" we were going to have that week.
2. Experiencing famous regional fast-food chains for the first time
3. When really important people come to see your show
4. Swing seats on the bus  - I think the Capades skaters may have started this, but I remember seeing skaters try to sleep in the overhead compartments on the bus.  Cramped for sure, but all the length you needed to stretch out.
5. Hotel massage-bar soap
6. Hotel rooms with a view  - personally, I was always excited for a room with a nice breakfast!
7. Being a tourist - as a newbie to Holiday On Ice touring Europe, this was one of the main reasons for joining.  Hello - Paris for two months!
8. Hanging with the band  - how many skaters out there ever traveled with a band? *crickets* We had a drummer in HOI and in our dinner show in Japan.  As I recall, they didn't hang out with the skaters much, oh well.
9. Having a rental car for the week
10. Skype sessions with loved ones  - obviously there was not Skype, no internet and long-distance calls were neither easy or cheap, but if you discovered the rare broken phone (both times in France) that felt like winning the lottery.  Free international calls!
11. Family members seeing your show…then taking you out to dinner  - having family travel to Europe or Japan to see you skate meant at least a week or two of free dinners!
12. When a fellow performer gets a new piece of clothing
13. Avant-garde gas station decor
14. New flavor additions to the coffee box
15. Staying long enough in a city to actually use the closet  - see #7 above, we sublet a Parisian apt for two months and lived like locals (well, we tried anyway)
16. Finding a couch to nap on during 2-show days
17. Hipster coffee shops  - there was one in Dubuque, Iowa that was the best. I think I held up the bus for a couple of minutes.  Worth it though.  Changed my entire opinion of Iowa.
18. Finding someone else on tour just as invested in your favorite TV show as you are  - there was a dancer in Atami, Japan whose mother taped EVERY episode of Days of Our Lives and mailed the videos over each month, she never missed a day's worth in six months
19. Golden Days
20. Seeing other shows - the nice thing about seeing other shows when you're in a show, is you usually don't have to pay for the ticket, the worst thing is when other skaters come to see you skate - oooooh the pressure!
21. Adding new states to your list
22. When someone lets you stop and play with their dogs on the street
23. Press days
24. Homemade baked goods
25. Signing autographs for young performers
26. Weird gas station cuisine
27. Playing “haunted” theaters  - I don't think this ever happened in the giant venues we skated in in HOI, but when rehearsing in Vegas, the guy that worked at the rink swore it was haunted - something about the mafia stashing bodies there in the thirties, hmmmm?
28. Mail! - especially before the days of internet and Skype, mail was the ONLY way to hear from family and friends, I was even excited when others got mail
29. Seeing your friend’s name on a wall tag
30. Playing beautiful venues  - with Nutcracker On Ice, I got to skate in such landmark theaters as the Atlanta Fox Theatre and the Louisville Palace.  They were gorgeous theaters, built in '29 and '28 respectively, and I hope we didn't ruin the stage by putting a sheet of ice down.
31. Spotting your show on a new marquee  - or billboards in the metro will suffice
32. A travel buddy you can rest comfortably with  - in HOI, the better get was having a strong guy (adagio partner?) help you carry your suitcase up the stairs in the train stations (no elevators or escalators yet)
33. Playing a show in your hometown - unfortunately, this never happened for me, but I know others were so excited for this, it meant a huge crowd could come to see you skate
Thanks Gabrielle for your list!
So, does anyone out there have any they'd like to add?

Posted by Ice Charades at 3:59 PM No comments: