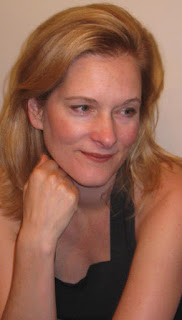 Jenny Hall grew up in St. Paul, Minnesota, and started skating at the advanced age of eleven. By eleven and a half, she knew she’d never make it to the Olympics. Not even close. But she did pass her USFSA Senior Freestyle and ISIA Freestyle 9 tests and was a charter member of the Roseville F.S.C. in Minnesota.

Jenny joined Holiday On Ice in Europe in 1983 after two years of college and impending boredom at St. Olaf in Northfield, Minnesota. She survived one season with Holiday On Ice…barely. She flew home with a fever of 103 and didn’t leave the couch for two straight weeks. She thought she was done with ice shows.

But three years later, after finishing her B.A. at the University of Minnesota, Jenny was on a plane for rehearsals instead of standing in line to receive her diploma. The ice show was for six months in Atami, Japan and she loved it so much she skated every summer in Japan for the next five years. She never let the smothering heat and humidity—or the nasty rash from the ‘therapeutic’ thermal waters—stop her.

Besides Japan, Jenny also skated in ice shows from South Africa to Santa Rosa, California, and several points between, all while her former college roommate reminded her, “I thought you said the last ice show was the last ice show.” But the ice shows were always better than the crappy temp jobs, especially her most dreaded job: Motor Coach Tour Guide. You know those buses that leave from Iowa and head to the Big Apple with three dozen senior citizens in them? At one time Jenny held the title as World’s Worst Tour Guide.

Thinking she was really done with shows in 1991, Jenny enrolled in graduate school at the Monterey Institute of International Studies in Monterey, California. She did put on a cap and gown for her graduation this time in 1993, but still got back on a plane to skate one last ice show in Japan at the Mitsui Greenland amusement park.

In 1995, Jenny moved to Washington, D.C. She stopped skating two years later after landing a good temp job with the Discovery Channel, where she licensed dinosaur stills and footage for the short-lived “Bonehead Detectives” show on Discovery Kids and became an expert at distinguishing a Doug Henderson drawing of a diplodocus from a Mark Hallet illustration of a seismosaurus.

Those skills naturally qualified her for her next job as a contractor with the U.S. State Department in 1998. For six years she trained diplomats to use passport and visa software at embassies and consulates around the world, where she learned that “diplomat” refers to job title rather than behavior, especially when the printer breaks down.

Jenny started writing when she stopped working and her daughter started taking dependable three-hour naps every day. Five years later, Ice Charades was published. Her goal was to tell a story from the chorus point of view and to make it funny. Hopefully, you agree.