I want to add one comment to the dialogue that came up in Tai Babalonia's interview (part 6 specifically) with Jenny Kirk. (I have it linked in the post below if you want to hear it.) This isn't easy for me to write, but it just may be worth mentioning.

The subject of the interview in that section is eating disorders for skaters and the hope the the USFS will be more proactive in helping to combat a common problem in the sport. I, too, wish that were done going forward.

But in my own experience and my own battle with eating disorders, it wasn't skating that caused the problem nor made it worse. That is to say that it was a part of my personality and my warped way of dealing with stress and anxiety of life in your late teens and early twenties. It didn't matter on the ice or off the ice. While having "weigh-ins" and fines as a part of life in an ice show is not great for a fragile mind dealing with body issues, I would argue it was often worse for me when I was in college. I felt more out of my comfort zone in the world of academia and more stress and/or boredom.

Hey kids, don't underestimate boredom and the destruction it can do.

So, I would hope that when/if the USFS is going to tackle the subject for young skaters, they remember the root of the problem may have as much or more to do with the personality type than the factors that skating may play.

What do you think? 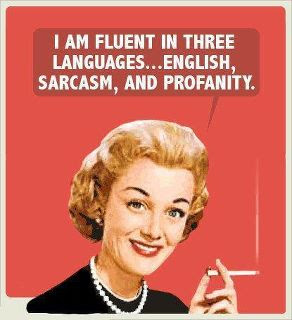 First up, Tai Babalonia, has been making the rounds on FB if you are a friend. You can go here to the You Tube page with all parts of the nine part interview. Or go The Skating Lesson page on Facebook and check out the podcasts there.

She has a lot to say and it is well worth a listen.

Part 6 of the interview has caused a bit of a stir with the USFS concerning eating disorders. The response can be found on The Skating Lesson FB page here.

Hey, excuse me, Ice Charades, but what does the US Forest Service care about eating disorders in young figure skaters?

Why thanks for asking... You see! That's why they never should have changed from the USFSA. We're always getting those two mixed up.

Curiously, I can't find that response on the USFS page. And I'm not on the Forest Services' page either. I want to see the forest for the trees here, so if someone can find it please let me know. Have they pulled the response? Hmmm.

I think it's a worthy topic for the USFS that's all too common for young skaters. [Hey, Xan, we can do this too!] I think for Tai, as a pair skater, this was an added burden to bare. She and Randy Gardner were/are one of the few elite pair teams that were so close in height. That made for even more pressure to stay thin, on top of all the pressure to win.

So I say three cheers for Tai for speaking up, along with Jennifer Kirk. By doing so, I believe they'll make a difference for younger skaters.

Next up: Nicole Cook

A champion cyclist who announced her retirement today. She did so much more than win races. And she won a lot. She knocked down the barriers against women in that sport. You can read her entire announcement on the UK Guardian here. Wow, just wow.

This is a timely issue because it comes as another famous cyclist is also talking to the press.

If you've followed Ice Charades for a long time, you know I was a big fan of the Tour de France. And I was a big fan during the Lance years. Not only because of Lance, but he was a part of the excitement of it.

It is just so sad for the cyclists to have competed in the era of doping. To dope or not to dope. Anyone wanting to compete at the elite level was confronted with this. Well Nicole is no dope.

So I want to give her the last word on Lance: “When Lance cries on Oprah later this week, and she passes him the tissue, spare a thought for all those genuine people who walked away with no rewards — just shattered dreams. Each one of them is worth a thousand Lances.”

Posted by Ice Charades at 5:04 AM No comments:

This article was posted in the SFGate.

Okay, technically it's shows that played the Bay Area while on tour.

Click here to see all of the pictures - just takes two minutes - and get a laugh for the day. Go ahead, I'll wait.

Yeah, those cats are kind of creepy. 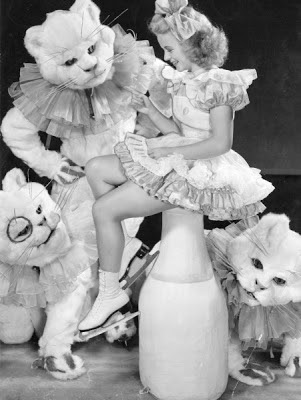 Posted by Ice Charades at 12:45 PM No comments:

Going Off The Cliff

... I went off the fitness cliff a while ago. Haven't exercised in weeks. What's so scary about that?

Anyway - Happy New Year to all of you!
Posted by Ice Charades at 10:53 AM No comments: