A Sad Day* for Cycling 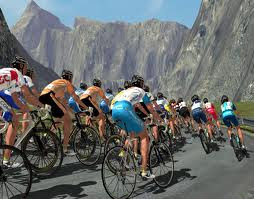 *technically that day was Sunday, but I was getting back from a long weekend away, so I wasn't able to blog about it until today ...

As you may know, Miss Ice Charades is a big fan of cycling and especially the Tour de France. From 2003 - 2008, I watched almost every day of the twenty-one day race. That's a lot of hours watching guys ride a bike when it was nice enough outside that I should have been riding my own bike. The only reason I didn't watch as closely these last two years is because I couldn't. That's how much I got sucked into the sport. 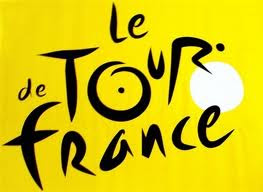 And while I'm still not the Aaron of Axels, Loops, and Spins of the cycling world, I do know enough about the race to make me dangerous in my analysis. So here I go with my opinion of the latest bombshell that was dropped on "60 Minutes" on Sunday.

Former US Postal Service teammate of Lance Armstrong, Tyler Hamilton, confessed to his own drug use and blood doping and implicated Lance in the same, as well as covering up a positive test in the Tour of Switzerland. What the papers often don't say is, Lance failed part A of the test, but part B, which is needed to claim he failed a drug test, was not conducted.

Anyone who follows the Tour de France closely has seen one rider after another implicated in cheating and it seems impossible that Lance was always clean. Four of his teammates have testified to federal authorities that he cheated. The lastest coming from his closest teammate George Hincapie, probably hurts the most.

And I don't want to see Lance taken down. Watching that episode on Sunday felt like watching a car crash in slow motion. If cycling is going to clean up its act, it looks like it is going to scorch a lot of earth along the way. It has to, because I think almost all of the top cyclists are guilty.

Excuse me, Miss Ice Charades, you know I always ask this, but what does this have to do with figure skating?

Thanks for asking. Two things -

1: I'm glad that figure skaters haven't been prone to these cheating scandals. Much like gymnasts and divers, figure skaters don't use performance enhancing drugs. Why? I think it's because they haven't invented one - yet - that enhances all the things skaters need like strength, endurance, agility, gracefulness and more.


2: This scandal is not unlike judging in figure skating. Many times, suspect judging ruins the credibility of the sport. Books have now been written exposing the many instances of judges being corrupt. That alters skaters entire lives. Think of gold medalists that didn't really earn it or more tragically, ones that should have been gold medalists but were denied specifically because of judging. I'm sure you can think of some names.

Tell me what you think - should judging in figure skating have a trial, the likes of the federal investigation?
Posted by Ice Charades at 12:21 PM 2 comments:

It’s still not too late to join us on a cruise to Bermuda on Royal Caribbean’s Explorer of the Seas, departing from Cape Liberty Cruise Terminal, New Jersey. Call Wayne Rutledge, Expedia Cruise representative at 800-410-5451 to make your reservation, or if you have any questions, contact our Greg Bonin at 504-228-0915 (greyhoundgregory@aol.com) Join in on the fun.

And clear out your Labor Day weekend if you live in the Chicago area and skated with Ice Capades. It's a mini-reunion. 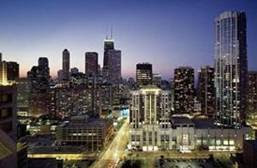 Just a heads up to let you know I’m working on putting together a mini reunion in Chicago on Labor Day weekend. Will keep you posted on more details as it gets closer. We will most likely do a dinner cruise and night out for cocktails while catching up in this great city. That weekend is also the Chicago free Jazz festival so mark your calendars now in case you might like to join us.

P.S. E-mail Ken and let him know so he has an idea how many might come. (kenshook@foxtheatre.org)

I really think we need to come up with a reunion for anyone who skated in Japan. That hasn't been done, to my knowledge. Probably should be in LA or San Fran, just to mix things up.

Have a great weekend!
Posted by Ice Charades at 8:48 PM No comments: 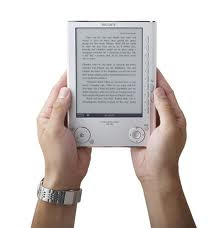 Big, big thanks to my husband for converting Ice Charades to digital format. Believe me, it's not as easy as clicking on a button.

Hopefully, dowloading Ice Charades will be that easy.

So if any of you have been thinking about it for you Kindle reading enjoyment, click here.

Or if you have a Nook with Barnes and Noble, click here.

Please let me know if you have any problems.
Posted by Ice Charades at 11:43 AM 1 comment: 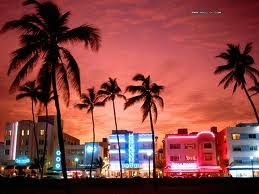 This notice was posted on Facebook, so I'm passing it on ...

Subject: IMMEDIATE CASTING
CASTING FOR PROFESSIONAL EXPERIENCED ADAGIO PAIRS FOR A SPANISH TELEVISION SKATING COMPETITION.
SPANISH SPEAKING A PLUS BUT NOT NECESSARY
SCHEDULE
JUNE 8 ARRIVE MIAMI, FLORIDA
JUNE 9 CHECK MUSIC & COSTUMES
JUNE 10 REHEARSALS ON STUDIO ICE SURFACE 35’ FEET X 55’ FEET
JUNE 11 RECORDING OR TELEVISION TAPING OF THE COMPETITION
JUNE 12 DEPARTURE FROM MIAMI
TELEVISION STUDIOS WILL PROVIDE:
AROUND TRIP TICKET
MEALS
HOTELS
AIRPORT AND GROUND TRANSPORTATION
1-1/2 MINUTE LATIN STYLE MUSIC WILL BE SENT TO YOU PRIOR TO THE COMPETITION
1ST PLACE $10,000.00 USA DOLLARS
ALL OTHER PARTICIPANTS WILL RECEIVE $500 USA DOLLARS FOR EACH
MUST CONTACT ME BY PHONE INMEDIATELY 561 436-0128 AND EMAIL ME AT :
rglproductions@mac.com.
ROSSTYN GUDINO
ROSSTYN ICE SHOWS & RINK DESIGNS. INC.

Posted by Ice Charades at 10:32 AM No comments: