He Skates, He Dances, He Sings, He Acts

... that would be the quadruple threat. Very impressive and very appropriate for Elvis. 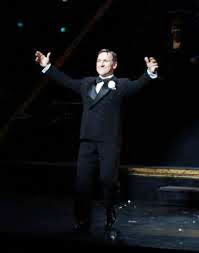 Here is Elvis Stojko starring as Billy Flynn in the play Chicago.

But he wouldn't be the first Olympic figure skater to do so. Robin Cousins was also a multi-talented threat who appeared on London's West End in Cats, Grease, Rocky Horror Picture Show and Chicago ... as Billy Flynn.

Hmmmmm, who's next?
Posted by Ice Charades at 11:18 AM No comments:

No Figure Skating in Sochi 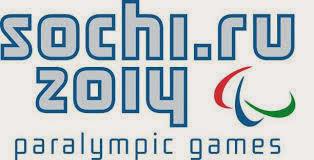 It's not a Paralympic sport. But I went and googled "paralympic" and "figure skating" and got this.

They are hoping to become a part of the Paralympics in Pyeong Chang, South Korea in 2018.

I found this paragraph in the Global Project for Inclusive Skating tab to be of interest:

However, with the introduction and development of the new International Judging System (IJS) by the International Skating Union (ISU), the door has been opened for a radically new way to approach the sport of ice skating for challenged athletes. The IJS, for the first time, allows athletes to be evaluated on an “absolute” mark, something which can then be realistically adjusted by an internationally agreed impairment compensation reflecting the athlete’s specific disability. This impairment compensation is based on an internationally accepted system known as the Guides to the Evaluation of Permanent Impairment, edited by Rondinelli and devised by the American Medical Association, that converts impairments to a % whole person impairment (WPI).

Well, maybe that at least one good thing to come out of the new judging system.

Let's keep an eye out for them. The more people involved in skating, the better. Don't you think?

Posted by Ice Charades at 8:07 AM No comments: