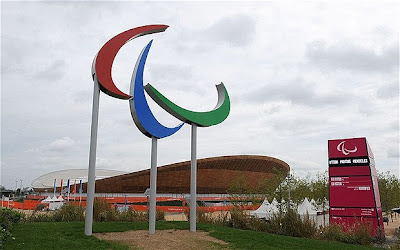 .... as in the Opening Ceremony for the Paralympics!

I have never seen anything to do with the Paralympics before and last night I watched the entire ceremony.

Well, most of it. I didn't discover it was on until Egypt was walking in, so I missed countries from A-D. And then I fell asleep during the lighting of the flame.

But I've got the Olympic fever again.

And since the German network, ARD, televised the entire ceremony (thank you), commercial free (oh yeah, thank you) I bet there'll be more coverage coming in the next week and a half.


Unlike the French tv networks who are snubbing their athletes. Sacre bleu.

So, you can bet that I'll be posting about more amazing athletes that have nothing to do with figure skating.

Hey, what else can we talk about right now?

No, I'm asking you - if there is any skating we can talk about right now, let me know.
Posted by Ice Charades at 5:06 AM No comments:

Get Your Tickets For An Evening With Champions! 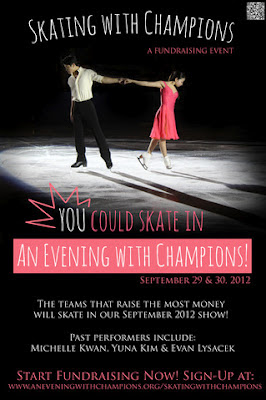 Wish I could see this! This show has been around for a long time and keeps getting better and better. Tickets aren't that expensive and the money goes to a very good cause.

So here are the details:


Posted by Ice Charades at 4:43 AM No comments:

This one's for Vlad at World Figure Skating ... 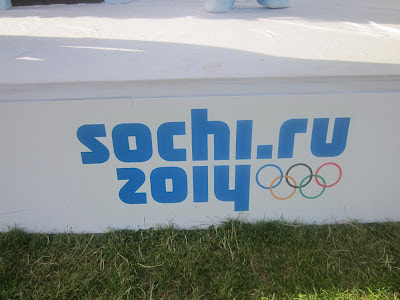 Only 540 days until the Opening Ceremonies!

This is Zaya/Zaika the Doe Hare and the figure skater of the bunch (of mascots). 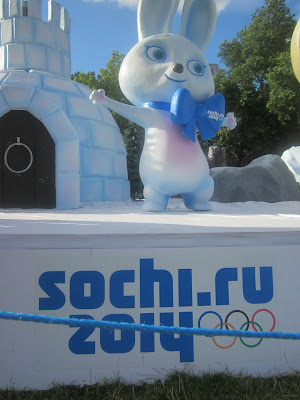 Another Athlete to Cheer - Guor Marial

I'm sure I won't be the only one to tear up for Guor Marial when he runs the marathon today. He's one of the independent athletes, because he is basically without a country.

Not yet a citizen of the Unites States where he was granted refugee status, and not able to represent South Sudan, because, as a new country, they don't have a national committee yet, he is running under a white flag with the Olympic logo. 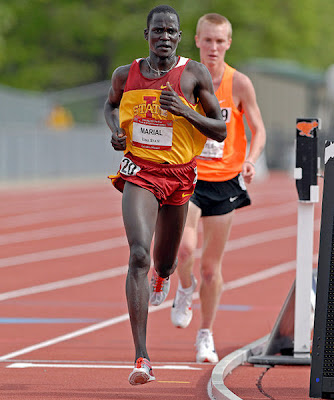 Considering what he has been through, it is amazing he has qualified.

You can read more of his amazing biography on Wikipedia here, or a much more thorough article by Rick Maese of the Washington Post here. And when you're done, I suggest you try to watch it on tv if you're able.

It will be inspirational!
Posted by Ice Charades at 7:08 AM No comments:

REPOST - In Honor of Usain Bolt: Is the Best Skater Already Alive? 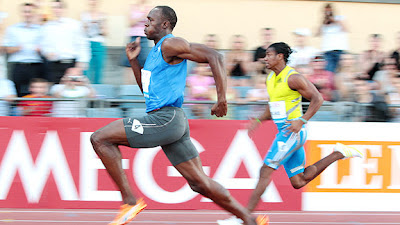 
... meaning the best skater that will ever be ... not someone thirty or ninety years from now.

I ask this, based on an article I read - Is The Fastest Human Already Alive? - on the website Grantland, asking whether we are approaching the fastest times humanly possible for the 100-meter dash.

So are we getting there with figure skating as well? Kim Yu-Na? Patrick Chan? Will we ever see quintuple jumps? A quad axel? There were some years when I wondered if we would ever see a women do a triple axel. But they got there.

What do you think - quad axel?
Posted by Ice Charades at 12:29 PM No comments:

Just got back from a long weekend in London and we stumbled into this little thing called THE OLYMPICS! 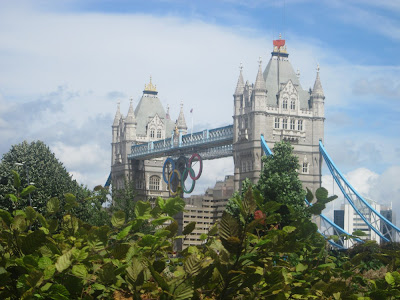 You've heard, no doubt, about the greatest athletes already. Your Phelps, your Wiggins, your Gabby Douglas, and all the other amazing athletes who have competed so well.

But, one of the things I like most about the Olympics are hearing/reading about athletes, who just being the Olympics, is an amazing story.

I read Ester Addley's article in the UK's Guardian, and was in tears by the end.

She lasted only 1 minute and 22 seconds, and even that, the experts agreed, was thanks to the sportsmanship of her opponent in not finishing her off sooner.

But for the women of Saudi Arabia, the blink-and-you-missed-it performance of a nervous 16-year-old in the judo arena on Friday might, just might, have been the start of something significant.

Let's hear it for Girl Power!

Saudi Arabian women are not permitted to take part in PE at school in their home country, or join a sports club, or even attend a sporting event as a spectator. But thanks to the persistence of the International Olympic Committee, determined to make these the first Games in which every nation would field both men and women, the country was arm-twisted into allowing them to compete in London.

Not able to watch a sporting event? I can't imagine. Being only a blue belt in karate and finding out three weeks before the Opening Ceremonies you're going to compete? I can't imagine. Not being able to go out of the house without a male escort and now she steps onto the mat, solo, in front of the world? I can't imagine.

But I can say this, WOW.