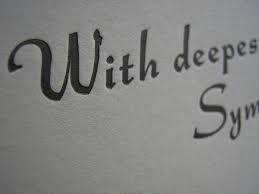 Everyone I talk to that's read Ice Charades has told me how much they love Judy.  His character (yes, it is a "he") is the most fun to write.  FYI, Judy is all over the sequel too.

But the real person Judy is modeled after, my dear friend, just lost his sister to cancer.  I'm so sad for my friend, his niece and the whole family.

My thoughts are with you now. 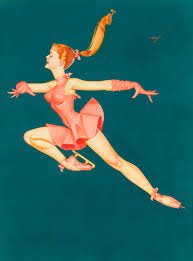 For those of you skaters or skating fans who haven't noticed the controversy in the Facebook group "Save HOI" - I'm about to wade in.

The controversy stems from a few posters who feel the latest versions of Holiday On Ice have lost the glamour and spectacle of the past. They point to a kick line of only eleven skaters, in the latest show Believe, and think the show can't be any good.

It's true that the days of 28 chorus girls wearing hats or wigs with gloves and jewelry in every number are gone and not coming back. Too expensive. There's a lot of concern there aren't enough skaters on the ice. Indeed, I called the decision to add dancers to the show "Speed" a bad idea, because I felt the skaters could the dancing if necessary, but be on the ice most of the time. But I didn't realize at the time, that dancers are cheaper, so the idea to add them may have been right for the time.


The reality is HOI, which used to play five divisions, almost year round is down to one division (and the addition of Ice Age for the kids). Up through the 90s, the shows would stay in towns like Paris for four weeks, Rio for six, but now the show run is three or four months in total staying four days in most cities. There are too many other entertainment options competing with ticket sales.

Having seen two of the most recent HOI productions, Speed and Platinum, I can tell you what they don't have in the number of bodies on the ice, they make up for in skating. As in they skated their a$$es off. The lights, props and special effects added a depth and "wow" the older shows couldn't.

So what it comes down to is this is not your grandmother's show anymore. It's a sign of the times of a leaner show that looks like a park show in a big arena. But as one poster on "Save HOI" said "I for one am grateful there are still shows." Me too.

What was most troubling for me looking, around at the venue of the Platinum show, was the majority of grey hair in the audience. That's the part of "Save HOI" I think we need to work on.
Any thoughts out there?
Posted by Ice Charades at 11:01 AM No comments:

It's a sad day for ice skating

... normally, this is the time when everyone thinks of ice skating.  It goes along with December like penguins and candy canes.

But today, December 1, is World AIDS Day and a day to remember all of the skaters we lost.

And there is another skater we just lost.  By now you've heard the news and seen many news reports on the shooting at the Planned Parenthood Clinic in Colorado Springs, Colorado, where police officer and former Junior National Ice Dance Champion,  Garrett Swasey, was killed.  By every single account, he was a wonderful person. 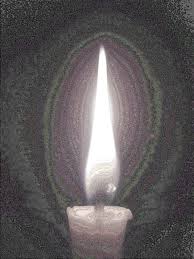 Posted by Ice Charades at 6:59 PM No comments: