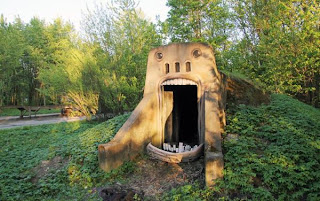 
Hello ladies and gentlemen - I give you the first of a new segment I'll be building on as the Olympics gets closer and closer. It's all things Russian - not necessarily Sochi - but Russian.

I saw this via The Dish, by Andrew Sullivan, and thought it was pretty cool. Check out all twenty slides posted on Environmental Grafitti.

I'll be on a little vacation, so I'll be back blogging in a few weeks. Happy Spring!
Posted by Ice Charades at 3:53 PM No comments:

How To Choose Your Olympic Program, a la Kim Yu-Na and Les Miz 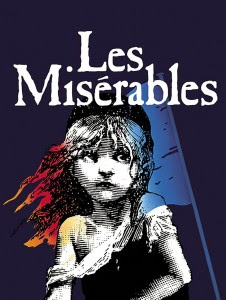 First of all, let me just say, WOW. She was amazing. She skated both programs like a robot. A graceful, fine-tuned, technically perfect robot. I still prefer her Vancouver programs to these two, but they were incredible.

I also enjoyed her choice of music for the long program, Les Misérables. Beautiful dress, beautiful choreography. She probably could have won wearing a potato sack dress, though. She was that good.

But the choice of skating to Les Misérables, got me thinking. Perhaps if you were bombarded with Les Miz movie music and hype, maybe you were sick of the music already. But I was not. I saw a fresh take on an older musical that came with a few freshly-minted Oscars as well. Good timing.

I think it is important to skate to music the audience already knows. Why? I have a theory about this ....

I've said it before and I'll say it again - when you skate to something familiar, the crowd doesn't have spend time wondering if they a) like the music and b) whether the choreography goes with the music, so instead the mind is able to relax and focus on the skating.

Uh, excuse me Miss Ice Charades, aren't the judges supposed to be able to concentrate on the skating and know how to score appropriately whether they know the music or not?

Yes, they should. But ... I would still want to make it one step easier for the judges, wouldn't you?

Now, one needs to be careful not to pick some music that everyone is tired of ... as in Carmen. No more Carmen, please. Maybe we should retire Charlie Chaplin for a while, although I loved Javier Fernández's program. But let's pass on future Charlie's for now. I also wouldn't do Bolero. Caroline Kostner did have some nice choreography, but I wouldn't touch it. After Torville and Dean, I wouldn't touch it.

I also would like to see a ban on any flamenco or tango short programs for about ten years. An outright ban. Come on, there are many other countries, especially Latin ones, with unique music, dance and costumes that we could see for a change. Mexico, Bolivia, Peru, even Panama. Email me if you need some music.

With all of that in mind, what to skate to for next year's biggie competition? The Olympics. It would be good to ride the wave with something like Les Miz.

So, here's what you do ... go to IMDB and look for movie releases for next year, say, December. That's when the Oscar hopefuls come out. Looking under 2013 December releases, we've got some choices: the sequel to the Hobbit, Tyler Perry's A Madea Christmas or Anchorman: The Legend Continues. Nope, nope and nope.

But here's one - remember this title: Saving Mr. Banks. It's a drama and I'm not sure what the movie score will be like (you need IMDBPro for that!) but the plot of the movie is: author P.L. Travers travels from London to Hollywood as Walt Disney Pictures adapts her novel Mary Poppins for the big screen.

Mary Poppins - it works for singles, Ladies or Mens (think Julie Andrews or Dick Van Dyke) or Dance teams. Get your Chimney Sweep costume out.

And here's the Buzz, according to IMDB,

"...what has to be one of the most bankable releases of the year - a bona fide return to movie stardom for Tom Hanks as Walt Disney. Ditto Emma Thompson and, well, pretty much everyone else in the cast."

Sounds like it will be a good movie and Tom Hanks and Emma Thompson nominated for Oscars would keep the movie buzz going through to February, which is right in time for the Olympics. So, if I were the choreographer, I would be cutting the music right now: Chim Chim Cher-ee, A Spoonful of Sugar and Supercalifragilisticexpialidocious.

This aint your father's "Whack Heard Round The World"

I don't know if many news organizations are going to go there .... but I will.

Yesterday's club-wielding thug is today's acid-throwing villain. There are a lot of similarities. And if it plays out like "the Whack" did, it will be give ballet a bump for the next ten years or so. Like the USA Today article written by Christine Brennan observes, "Tonya-Nancy was the perfect media story because it built to something —
... that night of skating will remain No. 6 on television's all-time list until the end of time, or ESPN, whichever comes first.

That is an amazing statistic. Thankfully, Nancy Kerrigan recovered quickly enough to skate in the Olympics and her beautiful face was never touched.

It doesn't look good for the Bolshoi Ballet's cast of criminals, but here's hoping the Artistic Director Sergei Filin will recover in the long run.

Yes, the Bolshoi Ballet soloist Pavel Dmitrichenko and the Tonya Harding of the ballet world, admitted to arranging an attack and claims he didn't know acid would be used. According to an article by Ellen Barry in the New York Times, "Mr. Dmitrichenko said he had agreed that an ex-convict acquaintance would “knock him around,” but that he was unaware that the man planned to douse Mr. Filin’s face with sulfuric acid, jeopardizing his eyesight."

I'm not sure if that's true, I won't judge, I hope a court will do that. But it came out in the Harding trial four years after the attack, she not only knew of the attack but helped plan it.

But wait a minute Ice Charades, don't jump to conclusions yet.

According to the New York Times article, " ... Many in the ballet company are said to have greeted Mr. Dmitrichenko’s arrest with skepticism, and Andrei Bolotin, a soloist at the company who attended Thursday’s court session, suggested that the dancer might have been pressured into confessing on videotape.

“The way he looked when he gave that confession, it was one-quarter of the Pavel we know, and it’s horrifying to think of what he had to go through,” Mr. Bolotin said.

After news of the confession broke on Wednesday, “all, from the wardrobe assistants to coat checkers, said that something isn’t right,” said Alexandra Durseneva, a soloist at the Bolshoi’s opera company."

It's true he didn't look good in the video. But that could just be his latest diet. Who knows.

This story isn't over.
Posted by Ice Charades at 4:47 AM No comments:

... in no particular order 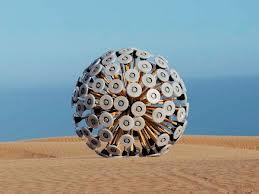 You can donate money to this incredible project that is both art and lifesaver - how cool is that?

Next up, another fundraiser for a cause that's close to my heart - The Young Artist Showcase

Anyone who knew Brian Wright knows what a great program this is. The link will give you the info for the upcoming competition.


And finally, if you haven't seen these before, I bet you'll chuckle a little. Ladies and Gentlemen, I give you the annual Washington Post Peeps Competition. It's where those little gummy bunnies of sugary marshmallow get to put on a show. The winner is announced right around Easter, so stay tuned for that. 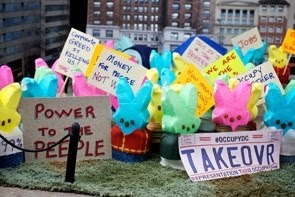