It's The Most Wonderful Time of the Year

Reposted from December 8, 2008, the first year I started this blog.  In case you didn't know, I was a big fan (AND STILL AM) of Brian Orser.  Enjoy! 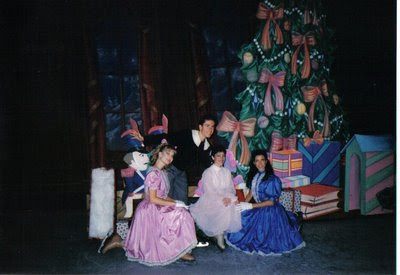 Maybe you heard the songs in the middle of October, but whenever I hear the Frankie Avalon - big band version - of that song, I think of sweat rolling down my face from a muggy afternoon in southern Japan.

That's right, two of the three amusement park shows I did in Kumamoto, Japan featured a Christmas production. In August. It's a strange association for me, but at least I can still tolerate the song.

I have a harder time with the music from the Nutcracker. I skated with two productions of Nutcracker and probably because the shows came along at Christmas time, I got so tired of the music. Years later if I heard that music in a department or grocery store, I would get nauseous and start counting in my head, as in "right-2-3-4, left-2-3-4."

The only songs I liked from the Nutcracker were the Arabian Dance - because the music's cool and dark and mysterious, the Waltz of the Flowers - because it is one of my all-time favorites and the final Pas De Deux - because it was Brian Orser's big finale (and the show was almost over by then).

But time heals everything and this year I'm taking my kid to see the Nutcracker. Alas, it is the ballet version, so it will be a lot stuffier than what the skaters did and there will be no Brian Orser. So instead I give you this ... 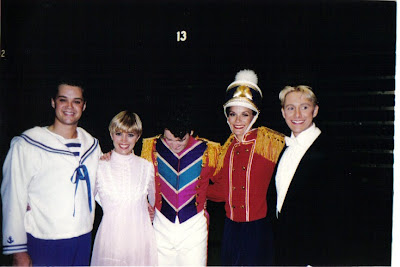 He's looking down in the photo because someone cracked a joke, but that's him.
Posted by Ice Charades at 11:46 AM No comments:

The Skating Protocol - Judging the Judges

It's like my dreams have been answered.  Somebody is taking a serious look at the results by first checking the nationality of the judges with predictable results.  Or as the description for his Twitter handle says - sketchy.

The Skating Protocol has only been around since October 2016, but I hope it will last for a long time.  Already I'm a HUGE fan.
Posted by Ice Charades at 3:48 PM 1 comment: