About a month ago I was talking with a fellow show skater who said that Holiday On Ice wasn't doing well. I had to wonder because they don't have a new show coming out this year. That's not a good sign.

Much like when Feld production (the folks of Disney on Ice) produced a pretty successful ice show called "High School Musical On Ice". It sold well in the first and second years. 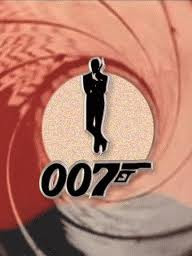 I think a skating show about James Bond has great potential. So many of the theme songs from the movies are fantastic and would be great to see with skating.

Bond, Skate Bond - what do you think?

Who didn't love Yu-na Kim's short program in Vancouver? Could it work in an entire show like High School Musical did?

I'm putting aside all of the licensing issues - I know it costs a lot to use the music, but I'm hoping the profits would take care of that.

Doing Bond is trickier in some respects. High School Musical On Ice followed the plots of two shows, so there was a natural progression that you wouldn't have with Bond. We're doing theme songs here, so there has to be a variety to keep people interested.

On the plus side, the theme of James Bond is instantly recognized. So let's make it into a show shall we?

Opening - to me it would have to be the main "007 Theme" that starts out most of the movies (not to be confused with the "James Bond Theme" - who knew?). Your principal male skater would be this Bond and the chorus could be between robbers (villians) and other spys (gals in trench coats could be very stylish).

The Second number would tie in the newest movie "Skyfall" by Adele with your principal female skater.

The one problem I could see with a James Bond show is that most of the songs are the big ballad types and one after another in the line-up would get boring. So you've got to mix it up.

The third number could be Madonna's "Die Another Day" which has a modern, funky beat that will break up the slow tunes. I'm not crazy about this song though ... personally I don't think it's her best work. But you need this number for the variety. Full chorus for this number, put in a good ol' pinwheel and kickline for good measure.

You could blend this song with the second half of "The World Is Not Enough" by Garbage which has a rich orchestration that we're used to with most of the Bond songs.

Next, as great as all of the Shirley Bassey tunes are, they are the oldest and the audience may not recognize them. My suggestion: put "Goldfinger", "Diamonds Are Forever" and "Moonraker" in a montage with three different skaters in very different outfits. Gold, silver and blue, perhaps, and in that order.

Now we have four to sixish numbers so far, which doesn't make enough to get you through to intermission. The first half needs to be about 40 - 45 minutes at least. So I would add a couple non-Bond songs, like a Scottish-bag pipe song that reminds one of Great Britian, home of the spy. Another location song could be a beachy theme with Bond girls in bathing suits set to a Greek-style folk song. Or Italian accordian? Think the Riveria.

But in terms of this blog post, if you haven't stopped reading already you will soon if I don't speed up my show.

So, for the second half, you would want to include Sheryl Crow's "Tomorrow Never Dies" then Duran Duran's "View to a Kill" and a-ha's "The Living Daylights" to bring in a faster beat. I would have my last two ballads be the more well-known "For Your Eyes Only" by Sheena Easton and Carly Simon's "Nobody Does It Better" - a personal favorite - that could be the last solo number before the big finale.

The finale should restart the "007 Theme" blending with the "James Bond Theme" and blending into my personal favorite Bond theme (it's my show, so I get to pick the closer, ok?) "Live and Let Die."

So that's the show, plus or minus a few tunes. Like I said earlier, if you're still reading this, let me know what you think?
Posted by Ice Charades at 10:24 AM 2 comments:

Finally there's a Cirque du Soleil show on ice!  And it may be coming to a city near you ... check out the itinerary here.  And here's the promo on You Tube.

Stay with the video and you'll hear Kurt Browning, because you'll see some of the skating.

I would love to see this show, because I have seen of it its performers in Phantasialand (amusement park show in Germany) and he is phenomenal.  Worth the five hour drive it may take me, if I decide to go. I'll keep you posted on this one.