Will Figure Skating Ever Make it to the Small Screen? 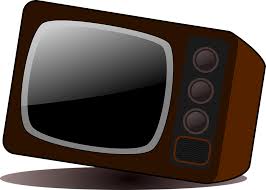 It got me thinking as I was watching the Emmy's yesterday.  While there have been more than a handful of figure skating movies out there, there haven't been many television shows - certainly no sitcoms or dramas in a series.

Perhaps no cast or crew wants to spend hours a day filming in an ice rink.  That would be a cold that seeps deep into the bones.  Ask any skating coach and they'll tell you - it's damn cold.

But that's the beauty of one of the two shows that are currently in the works.  Somewhere in the pilot phase, Caitlin McCarthy's "Free Skate" taps into both the competitive and ice show side of skating.

Any plot on figure skating has to have some element of the Olympics because that's what the general public thinks of when they think of figure skating.  But with the ice show aspect as well, much of the filming could be "backstage" or on tour buses or in hotels.  These would be easy sets to use and much warmer for everyone filming.

I would really love to see Free Skate make it to the networks!

The other television show, with Tara Lipinski producing, looks like a reality tv show in the same vein as the 2006 TLC Ice Diaries. That show featured the skaters Bebe Liang, Alissa Czisny, Danielle Kahle and Sandra Rucker trying to make the 2006 US Olympic team.  That was a fascinating series and I think having one of the two new faces of figure skating attached will bring in young viewers.  It could do really well.

But if you, like me, can't wait for either of these shows to land in your Netflix queue, I strongly recommend you start watching Dance Academy!
Posted by Ice Charades at 6:51 PM No comments:

... in alphabetical order, since I couldn't think of a better way ... 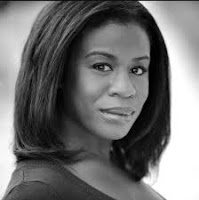 1.   Uzo Aduba - a.k.a. "Crazy Eyes" from the Netflix television series - Orange Is The New Black.  Crazy as that may sound, Uzo grew up in Medfield, Massachusetts and skated for ten years.  According to this article by Lizzie Widdicombe in New Yorker, "I could do a triple Salchow, a double Axel, a triple flip. No triple loop—that was always my worst jump, that inside edge.” 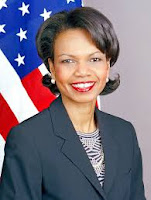 2. Condoleezza Rice - the former U.S. Secretary of State trained in Denver, Colorado starting at the age of twelve.  She skated competitively but also enrolled at Denver University at fifteen and graduated by nineteen as an accomplished pianist as well!  She claims she had a failed career in figure skating, but passing up to her pre-silver dances, I would not call that a failure.  From Jo Ann Scneider Farris's article on Figure Skating at About.com, “I believe I may have learnt more from my failed figure-skating career than I did from anything else. Athletics gives you a kind of toughness and discipline that nothing else really does."

3. Nicole Ritchie - the adopted daughter of Lionel Ritchie skated as a kid and credits a Vera Wang (also on the list!) dress worn by Nancy Kerrigan in the Olympics with her introduction into the world of fashion. 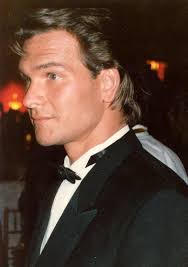 4. Patrick Swayze - who sadly passed away on September 14, 2009, was an accomplished dancer, athlete and movie star.  So it is no surprise that he also mastered figure skating enough to skate with Ice Capades.  What is surprising is that it wasn't noted in his obituaries and has only a brief mention on his wiki page. 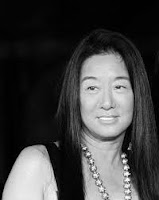 5. Vera Wang - designed the famous white dress for Nancy Kerrigan, but also skated in the 1968 US Figure Skating Championship in Pairs with her partner James Stuart.  That's a seriously accomplished skater, but she says she felt like a failure for not making the Olympic team and thus quit.  Luckily, she went into the fashion industry from there and things have since worked out very well. 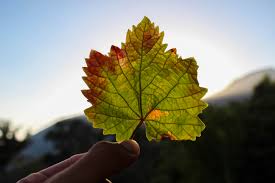 This is always a sad feeling for me ... when summer if over.  Now I know it's not technically over until September 22 on the first day of fall, but come on people, doesn't it feel like fall today?

The kids have gone back or just went back to school today.  I don't know where you live, but the weather here is fifteen degrees cooler than last week and pools and amusement parks start shutting down or altering the schedule.

And that is where my feeling of sadness comes in - amusement parks closing or altering the schedule.  For many years, I existed on summer skating jobs to earn enough to go back to school, pay for school, or keep me doing something besides school and they usually ended in September.

It's been over twenty years since I skated in one of those shows - three of them were in southern Japan at Mistui Greenland - but I still remember the pit in my stomach the day the show was over.

It was different for touring shows like Capades or Holiday or Disney.  When they had there last show it was considered a break until next year and most skaters planned to come back.  That a different feeling.  That's a good feeling.

But amusement park shows aren't as long and offer a skater has no idea if they'll be asked back or if they'll be skating somewhere else by the following year.  So in these shows, we knew the end was coming.  We often skated outdoors and as August wore on the night show got darker sooner and sooner.  We had more parties and our "we have to do this now or never" stunts pick up.  And let's get one thing straight - is there anything so cool as to actually live in an amusement park?  Go on the rides whenever you want?  That's a nine year old's dream come true!

And then September 1st - done.  No more.

No where was this change of schedule more abrupt than in Japan.  I skated in the Mitsui Greenland Amusement park three different years, but each time, after six weeks/four shows a day/ seven days a week on September 1 there was nothing.  No shows, nobody (okay a dozen people at most) visiting the park and a skeleton crew that looked like new staff.  Besides the sadness in saying goodbye to our park crew and fellow skaters, it probably meant I had no job to go home to.

That made my wallet sad too.

So where ever you are today and whatever situation, I hope it's not a sad one for you.  I know, I know, most people really like the start of fall with new goals and diets in mind, but give me one day to feel a little melancholy.   Again.

How about you?  Is there a particular day you feel this kind of melancholy?