Beautiful On the Outside by Adam Rippon 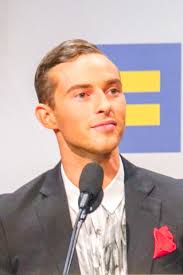 Just finished reading his book, Beautiful On the Outside, and fans of figure skating won't be disappointed.  It's fascinating to read about his path to the Olympics and I don't want to spoil it here, but SPOILER ALERT!! he goes to the Olympics.

The 3rd one he had planned on.

As you might expect, there are lots of juice details about his fellow skaters, judging, and his trials as an openly gay athlete sprinkled throughout the book.

One thing that surprised me was how poor he was at a time when he was already an elite skater.  Toward the beginning of his time training with Rafael, there were times when he could barely afford to eat.  How does one train at an Olympian level when one has so little to eat?

Shouldn't someone at the USFS be checking in on their skaters?  Shouldn't there be loans or an Olympian Food Bank at least?

That really bugs me.  It's hard enough to compete at the top of the world, and Adam had worrying about basic necessities to add to the list?  I admire his discipline.  That's some next-level, grown-ass  discipline, I must say.

But, back to the book.  It's delightful and at times, funny as hell. If at any moment you rooted for him or enjoyed his skating, you will enjoy this book.

I do hope there is more writing in his future.
Posted by Ice Charades at 2:07 PM No comments: