This could be nice over the winter, don't you think? 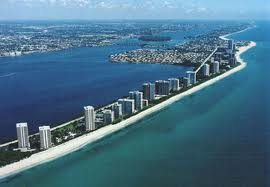 Rosstyn Ice Shows is casting now for:
Girl chorus: Height 5.5 and above
Boy soloist: must have double axel or triple jump.
Girl soloist: must have solid double jumps and spins
Adagio pair: must have one ankle spin and back flip.
Specialty act: must be able to ice skate.
Venue: South Florida Fair
Location: West Palm Beach, Florida
Dates: January 18th to Feb. 3
Rehearsals: January 11th. to January 17th.
Requirements:
If you are not American you must have a green card or your own work visa
Transportation provided only in the USA with the completion of the contract
Accommodations provided.
For more information: call: 561-436-0128
Email: rglproductions@me.com

Posted by Ice Charades at 5:08 AM No comments:

Meeting Up With An Old Skating Friend

... in two weeks! Going to see one of my heroes from my ice show days that I haven't seen in almost thirty years. Wow am I excited.

Only two weeks. How many push-ups do I have to do between now and then to take away the pudge?

That's because in the world of ice shows, meeting up with the past means one might want to look their best. Better than best. I've got two weeks to go and I better get on this.

Excuse me, Ice Charades, but when anyone meets up with an old friend, you want to look good.

Yes, that's true, but there is something about the ice show world. These people put makeup on for a living at one time. They're good. Professional dieters! We didn't sit around writing code or crunch numbers. We went out to skate and tried to look our best doing it.

Ice shows are visuals things, my friend. Wish me well!
Posted by Ice Charades at 9:11 AM No comments:

I got this email from Daisy Mae introducing her new Facebook page: Skates on a Suitcase


I have started a Facebook Page in gathering and sharing information about my birth mother's ice skating career. She was a professional skater on the Royal Ice Palace Revue of the Royal American Show in 1940-1941. She was one of the first to skate on Iceolite.

I will be posting many photos from her scrapbooks. I have newspaper clippings and articles about many "vintage' skating acts and skaters.
Marjorie Lee
Harry Douglas
Red Sisley
Joan Walter
Margie Petaja
Gracie May
Dottie Beeskow
and of course my mother Charlotte Stempniak, billed as Rhythm on Ice"

If you are interested in this 1940 era of ice skating and perhaps knows some of the skaters who skated with her, please visit my new Facebook page, Skates on a Suitcase.

Skates on a Suitcase

As I said, you should check it out. It has amazing photos and narrative that brings show life to life. This would make an awesome movie!
Posted by Ice Charades at 4:19 AM No comments:

... I was to think that by airing the entire Opening and Closing ceremonies of the Paralympics games, (uninterrupted) that the German network ARD would also show, you know, actual competition of said games.

What a fool. I didn't see any coverage and I checked daily and I'm miffed. How can you just show the pageantry and then turn over the rest of your coverage to some stupid '90s cop drama. Please.

So here is what I have seen on German television - Ice Charade's Fans: you'll be happy to know I'm talking about figure skating again -

It's a German soap opera called "Alles was zählt" which means roughly Everything That Counts. Let's see if you can spot how many things are wrong with their depiction of figure skating ... you know, the ol' spotlights in competitions and more.

So, there's a main character, Katja, who is a former (more on why later) figure skating champion in Germany. Compared to the average size and shape of any European women's champion, she looks most like Katarina Witt, not during her first Olympic medal, nor her second Olympic medal, more like her Playboy spread. 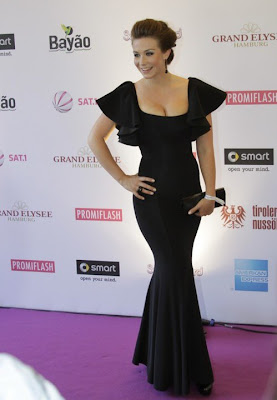 Here she is, from her Facebook page, going to the German Soap Awards 2011.

So, how does she win the German championships? The episode I saw had her competing with spotlights, a panel of very scary looking judges and zero audience members. Yup, no one in the audience. Then when it was time to announce the results, a very dapper, Tim Gunn-lookalike walked over to a group of seven or eight competitors waiting by the door to get on the ice and told Katja, she had won.

Yup, only seven or eight competitors, no Kiss-N-Cry, no score, just spotlights. Now, Katja has a hard time accepting that she was the new German champion, because only hours before she killed someone in the dressing room with her skate. Yup, she stabbed someone (I think it was a mean ol' coach, but I didn't see that episode to know for sure) with the heel of her blade.

That's where the former comes in. Pretty hard to uphold your competition schedule when you're wanted for murder. But I think it takes a while before they have a clue who did it and there's something about how Katja might have been brainwashed, and therefore, not guilty, because whoever she killed (the coach probably) was such a meanie.

Not very realistic, I think. And don't even get me started on the clumsy "bait and switch" when they show a close up of the actor's face and then switch to a stand-in doing a triple toe loop. But they wouldn't have done that in the original episodes because the first actress to play the role of Katja (they are on the third actress to fulfill that role) was Tanja Szewczenko, the real German National Champ and 94 World Bronze Medalist. How 'bout that for some street cred.

So there you have it sports fans ... no Paralympics nothing, but "Alles was zählt."

Posted by Ice Charades at 3:24 AM No comments: